Posted by: david in old-invention-blog, views 17 years, 10 months ago

Several months after I posted Once in a Blue Rose, an article appears with a photo:
Roses are Blue (also on Slashdot: True Blue)
The question is, Is the photo real? The one here is apparently not... (see the slashdot comments which reference a preexisting version)

Posted by: david in old-invention-blog, tech 17 years, 10 months ago

At last got some nice progress done on Pootle this week, although it isn't visible on http://pootle.wordforge.org yet...

We had James's first birthday party today - he turns one next Saturday! 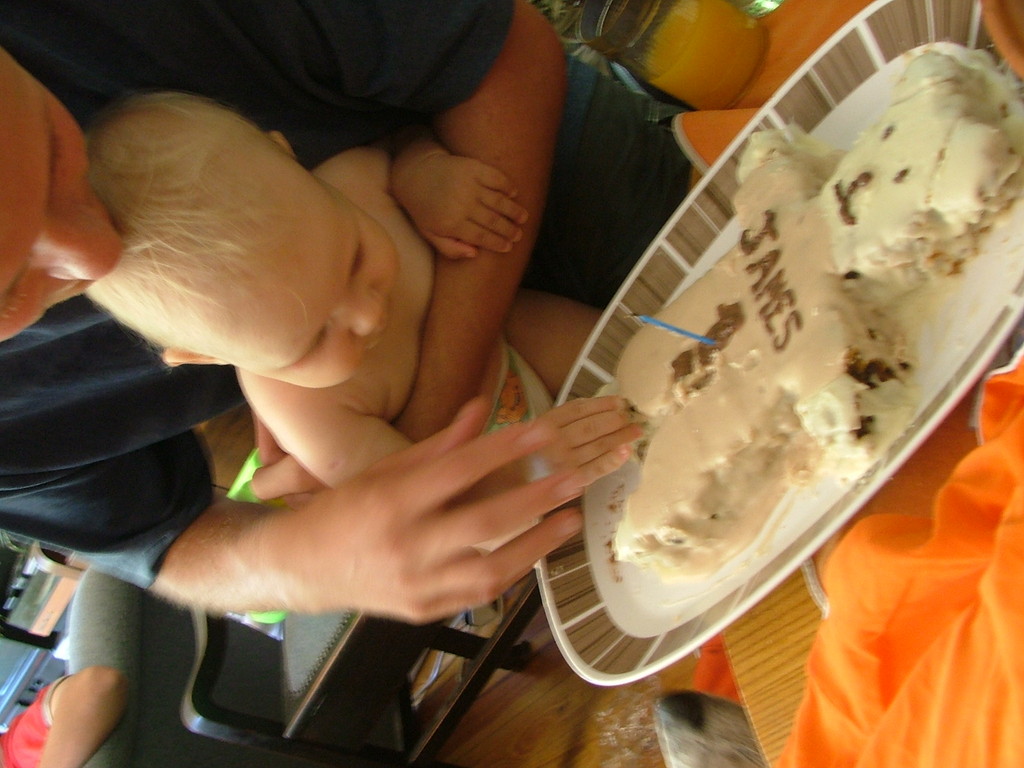 Was great fun making a Carrot Cake in the shape of Prince Eddie, his favourite toy. What a blessing and privilege for Danielle and I to be his parents.

I had a great holiday last week, a much-needed break.

Posted by: david in old-invention-blog, tech 17 years, 12 months ago

Very pleased to see the announcement of the Hula Project, a lovely web based mail and calendar solution that Novell has open-sourced. They really seem to be heading in the right direction with this one.

Have been playing around with PyLucene which is a native-compiled Python version of Lucene, a Java text indexing and searching package.

Posted by: david in old-invention-blog, views 18 years ago

The last two months have been full of emotions of all shades...
Maurits and Kirsten's wedding on December the 18th. Fantastic celebration. Came out to discover that one of our friends from antenatal class's gorgeous baby Justin had died the night before, apparently of SIDS. Danielle used to meet up with his mum Kathy and some other mums. Heartbreaking grief.
Then Christmas celebrations with lots of family and friends (was great having MJ and then Brett and Jo to stay) and Jonny and Debbie's wedding.
Danielle's parents came to stay as well for about 10 days in early January, great for us all to enjoy James developing together...
Then on Saturday 16th of January received a tragic phone call from my brother Andrew telling us that Simon Pettit had died suddenly of a heart attack in New Zealand. Simon led Jubilee Community Church for 14 years and was a great-hearted man. He ran to the end, always pointing upwards. Danielle and I were so privileged to have been on a trip with him to India in 2002. Almost every discussion I had with him made me see the issue in a totally different light. So full of life, it seems impossible.
The afternoon after his funeral, a young man in our church who has been suffering from a brain tumour died. His parents have been absolutely courageous.
Then on the 28th of January, one of my dad's oldest friends, Brian Hahn was attacked on the university campus and critically wounded. He eventually suffered a stroke and became unconscious the following wednesday, and died on Saturday the 5th of February. This has been really tough for my dad - they founded a Christian newspaper on campus while they were still students. He spoke at the memorial service today.
And in the midst of all this, I'm thoroughly enjoying being married to Danielle and a father to James. "Even in laughter the heart may ache, and joy may end in grief" (Proverbs 14:3) has come to mind repeatedly. The New Testament seems to have a much deeper understanding of suffering than we tend to as well, been pondering these things. And praying for family members whose loss is profoundly deeper than mine.

Have managed to fix up the Pootle registration process, and set up a Pootle mailing list for any discussion.

It's really worth taking a look through the Free Software Magazine

Posted by: david in old-invention-blog, tech 18 years, 1 month ago

Today packaging some stuff up for a client who runs RedHat Enterprise Linux 3.0