Posted by: david 8 years, 5 months ago

We were terribly disheartened to find that none of the tests conducted by Gandalf on the original ring produced the intended results on these Lego miniatures: 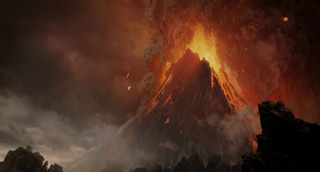 We have not been able to take the rings to Orodruin to cast them into the fire for destruction, as we hoped, but we doubt that it would have the effect shown in the picture to the right!

Dear Lego ... we really think you should be working harder at this and not disappointing children around the world in search of such natural goals as obtaining magical powers and then giving them up for the good of the world.